Replacing Your Glass Conservatory Roof with a Normal Roof 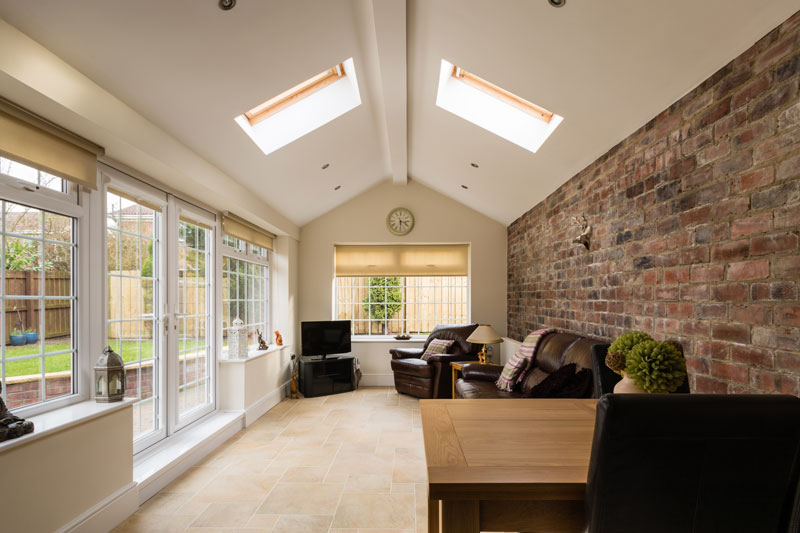 Conservatories are intended to be an extended living space connecting the indoors with the out, culminating in a bright, airy room that can be enjoyed year-round as the seasons change.

However, living in Great Britain can mean that the hot weather isn’t always as warm or prolonged as you’d like, having a knock-on effect on the amount of time you spend in your conservatory.

As a result, you may be considering replacing your glass conservatory roof with a normal roof – and if you are, this was the right place to come.

Despite popular misconceptions, replacing your glass conservatory roof with a normal roof doesn’t make it an orangery.

Tiling over glass to replace your glass conservatory roof with a normal roof can require additional planning permission as it becomes a ‘habitable extension’ as opposed to just a conservatory.

It’s a big job and not something you’ll likely want to do yourself unless you’re an experienced builder.

In addition to this, if your property is listed, or situated in a conservation area, then you’ll need to verify that such modifications are deemed appropriate by the powers that be (aka. your local council.)

Stipulations can be surprisingly strict, so it’s important to do your preliminary research before you press forward.

Conservatory Roofs: What are the Options?

There’s a few options you can take when replacing your glass conservatory roof with a normal roof, including installing a whole extension as mentioned above.

Building requirements may need you to start all over again, though – as your foundations may need to be deeper and constructed differently structurally if the room is no longer going to legally be classified as a conservatory.

To get around the requirements for planning permission, (and potentially the need to re-build your entire conservatory), the easiest option is to install what’s known as a ‘warm roof’.

This has all the benefits of replacing your glass conservatory roof with a normal roof, but isn’t as such a structural extension or addition to the room.

Instead, the existing roof structure is lined with an insulation layer that works effectively to maintain temperature – giving you the additional benefit of keeping the room cool in warm weather, and warm in colder temperatures.

Conservatory Insulation Lightweight System is a specialist insulation product sold by Home Logic in the UK, but was originally developed by NASA to protect their equipment and ships against the extreme changes in temperature during the Apollo space missions.

As a result, it’s the ideal light-weight solution for replacing your glass conservatory roof with a normal roof!

What is Conservatory Roof Insulation Made From?

It is made up of 6 layers but is actually thin enough and light enough that you wouldn’t have thought so.

The two outer layers are True Aluminium Foil, which alone has been proved to block up to 95% of radiant energy in third party tests and laboratories. Between these sit two layers of specialist ThermoWadding Membrane.

These layers are made up of material that holds pockets of air within them, preventing any further radiant energy passing through. It then has a Vapour Control layer, to allow through any residual moisture – leaving no risk of damp, mould, or odour.

The final layer is a Metal Poly-Foil Barrier, that acts as a barrier against heat, preventing any extreme temperature changes.

Replacing your glass conservatory roof with a normal roof has lots of benefits – not just temperature regulation!

The more even temperature will help cut the cost of energy bills, and having a material thicker and denser than a glass roof in place will reduce glare on your devices in the room, and lower noise levels as well.

It’s imperative that Conservatory Lightweight Roof System is installed properly by an expert technician for maximum benefit and to fit in with lightweight roof requirements when replacing your glass conservatory roof with a normal one.

To book in a consultation with one of Home Logic’s specialist team, you can contact them on freephone 0800 1700 636.