Home Logic UK would like to reassure you that our No.1 priority is keeping you, your loved ones and our work force safe.
Take advantage of our spring offers by getting in touch.
Get In Touch
Go back
PRODUCTS PAGE

Will Spray Foam Help Me Combat Condensation And Damp? 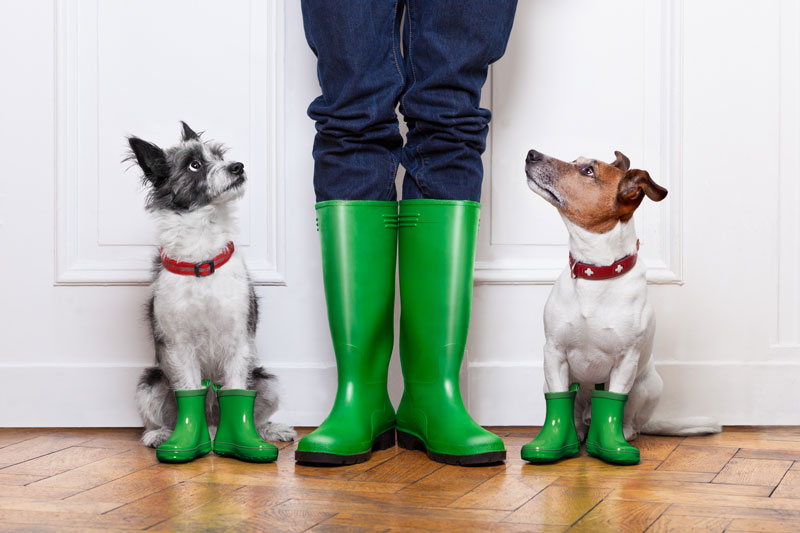 In our persistently rainy climate, problems with damp are pretty much par for the course. Whether you reside in a period property, or inhabit a more modern abode, chances are that moisture infiltration rears its ugly head at some point.

This unwelcome guest doesn’t just compromise your comfort; if left unchecked long-term, it can also play havoc with your health. For those with breathing conditions, such as asthma, the spores released by a build up of mould can cause severe lung irritations.

According to the NHS, the presence of damp and mould in a property can directly affect the immune systems of the occupants, lowering resistance to viruses in general, with young children and the elderly most at risk.

So, what can be done to change this, and eradicate such issues for good?

In the following article, we explore how spray foam insulation can help to drive out damp from your home long-term, and why it’s open-celled composition offers the best of worlds in terms of breathability. Let’s begin! 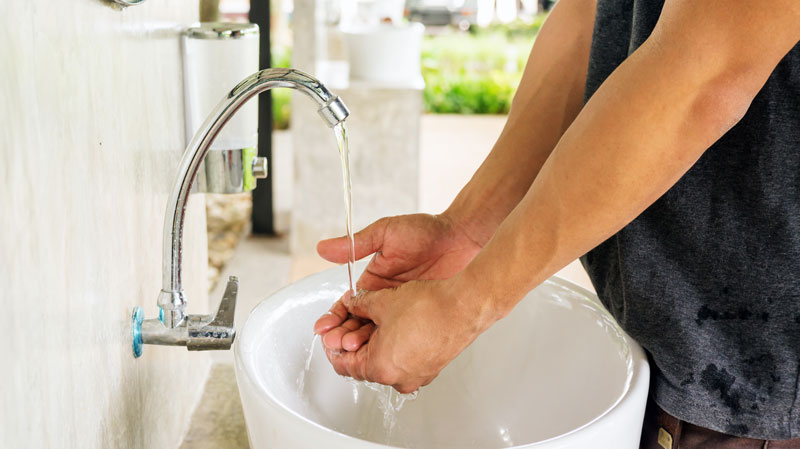 From the kettle we boil for our morning cuppa, to the dishes we wash after dinner, everyday life creates lots of moisture

What Causes Condensation and Damp?

Put simply, condensation and damp are caused by a surfeit of built up moisture.  This excess moisture is created through a combination of factors, including: leaking or faulty pipework, rising damp wafting up from the basement, and rain seeping in through a damaged roof, or around windows, where the sill has come loose from the frame.

Indeed, our everyday life itself generates a great deal of moisture: from the kettle we boil for our cuppa in the morning, to washing the dishes after dinner.

One common misconception among property owners is that new builds are immune to this problem. Although this is generally true, it should also be noted that water is used in a variety of construction processes, such as plastering.

If the building is not given adequate time to dry out following these procedures, droplets of moisture can quickly accumulate-leading to dastardly damp conditions inside.

If you notice any tell-tale signs of damp or moisture (these are often explicit, such as black spots forming on walls, or ‘weeping windows’), then you should take immediate action.

Age-old remedies, such as scrubbing at the affected area with a sponge, have their merit; however, they really only offer a short-term solution to the problem, without treating the underlying cause.

Ultimately, calling in a damp-proofing professional for advice is the best step to take. Not all signs of moisture are visible, and if you’re damp problem stems from the reaches of the roofspace, the limited accessibility of such areas can make it difficult to attempt little more than a cursory glance.

In contrast, a damp-proofing expert will be able to conduct a thorough inspection of the space. 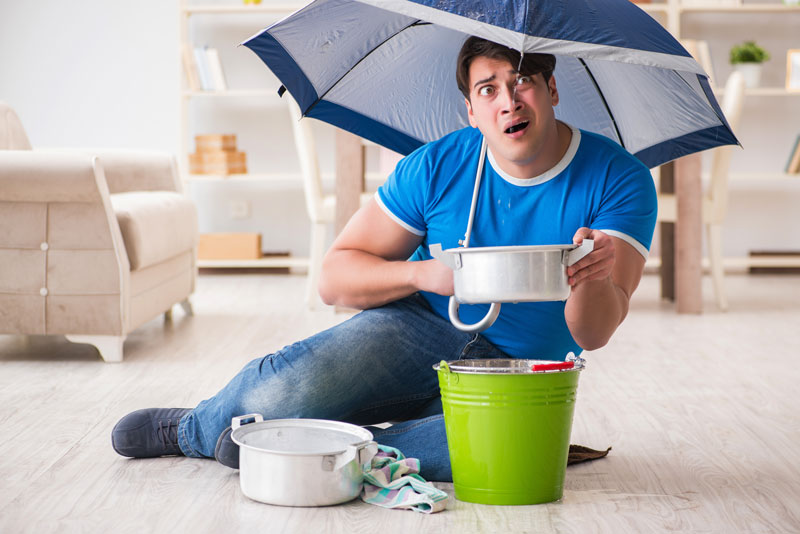 Damp problems leaving you drowning in desperation? Resolve them immediately by managing your levels of moisture!

How Do I Get Rid of Condensation and Damp in My Home?

Once you’ve identified the source of the problem, you can take the necessary steps to fix it. Despite the fact that both damp and condensation are caused by excess moisture, each issue requires a different approach to tackle it.

With the above in mind, let’s explore each approach in a little more detail…

In addition to the water vapour produced by household appliances, too much moisture can also be caused by condensation.

Droplets form when the air indoors is unable to hold extra moisture, with windows displaying a misted and ‘weeping’ effect across the breadth of the glass. This undesired effect is especially prevalent when the surface is cold.

Thankfully, there are a few easy ideas you can implement to curb condensation in your home, including the following:

Driving Out Damp and Mould: ALWAYS Enlist the Experts

After identifying the underlying cause of the moisture, you can implement the appropriate measures to tackle it. In the majority of cases, it’s best to enlist an expert to remove signs of mould.

Spores can spread alarmingly quickly; a professional will wear protective clothing for this task, and follow all the necessary protocol to ensure safe removal of the substance.

They'll also be able to advise you of actions to take to prevent the problem from reoccurring at a later date. 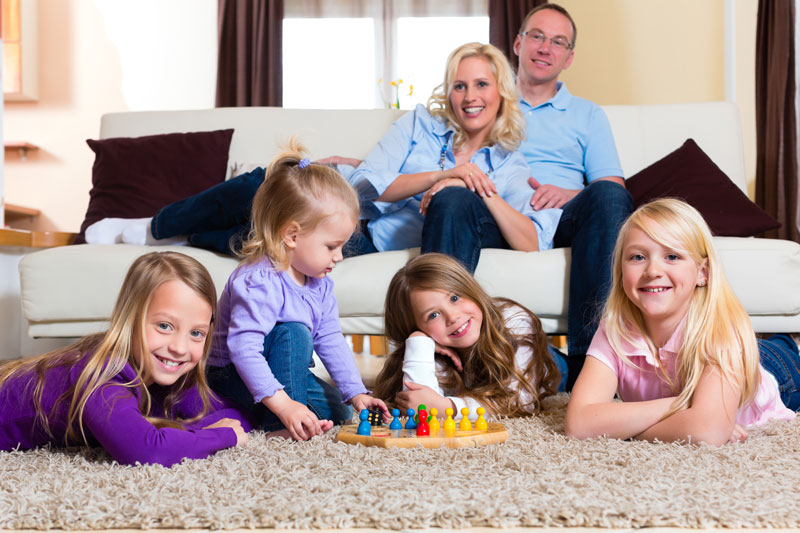 Spray foam seals off the inside space from residual moisture, leaving rooms warm, dry, and delightfully free of damp

Give Moisture Its Marching Orders with The Help of Spray Foam!

In terms of managing moisture, spray foam is pretty much unrivalled. On application, the product expands up to 100 times its original size, accommodating all gaps and cracks, regardless of shape or size.

Once hardened, the foam creates an all-encompassing blanket of insulation. In fact, open celled spray foam will dry out completely, no matter how many times it becomes damp.

By providing an impressively airtight barrier, spray foam seals off the inside space from residual moisture in the air, leaving rooms warm, dry, and free from damp and its associated issues.

Even if water is sprayed directly onto it, it won’t allow it to travel through, acting instead as a failproof barrier between the elements outside, and the cosy conditions within.

Unlike traditional methods of insulation, such as fibreglass, Home Logic doesn’t wick water, meaning that its efficacy remains fully intact as the years go by.  Moreover, it doesn’t degrade over time, and is safe to use around electrical wiring systems and pipework as well. Perfect!

Desperately seeking a failproof method for driving out damp and condensation for good? Home Logic Spray foam enables you to achieve exactly that! Take the first step to creating cosier conditions today by calling 0800 1700 636, or simply clicking the button below!